Last year, more than 6 million Americans cut the cord out for numerous reasons.

In contrast, video streaming services are on the rise. Will this cutting cord trend continue in favor of streaming?

And other fascinating information on cutting cord trends. 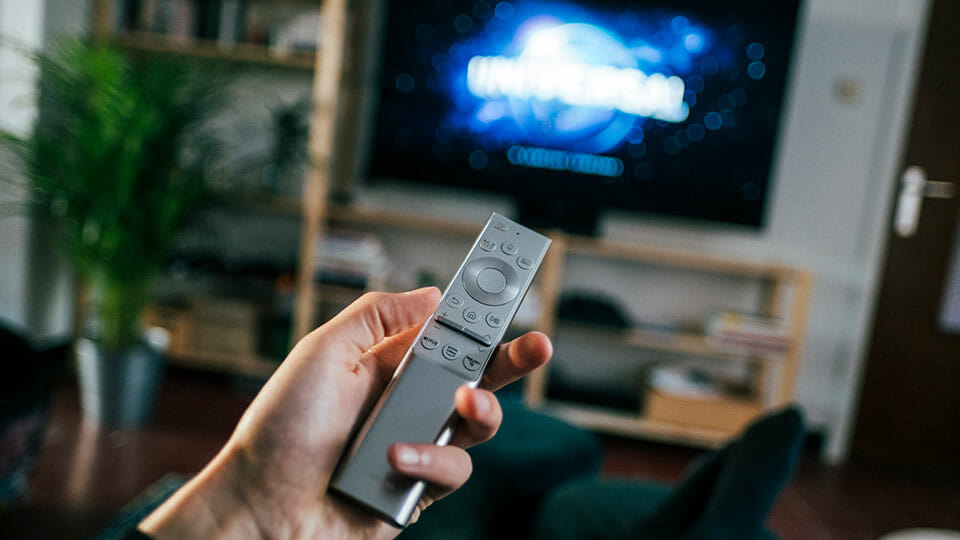 How many people have cable? / Cable TV subscriber numbers

Around 26,222,000 Americans use other traditional TV services like satellite, whereas 7,408,245 are subscribed to IPTV services.

60% of American household was still using traditional pay-TV in 2021.

The number of US pay-TV subscribers, based on platform.

Whether you watch paid TV or streaming services, a pair of quality wireless headphones for TV is a must if you don’t want to bother people around you.

How many subscribers have cable services lost?

In 2021, the percentage of cable and satellite subscriptions dropped to 56%, with 44% either not watching TV or using other sources.

Out of those who currently don’t have a pay-TV subscription, 61% had it sometime in the past, whereas 39% were never subscribed.

How many subscribers overall have cable services lost over the last years?

How many subscribers did cable services lose last quarter?

What percent of people have cut the cord?

But another market is gaining users, check the VoIP Market, Industry, Users.

How much money does cutting the cord really save?

Depending on your plan, you can save up to $70 by cutting away the TV bundle.

Of course, the potential savings decrease with the number of streaming service subscriptions. Since streaming platforms provide their own original content, you’re likely to pay for more than one service.

Also, streaming services are getting pricier.

At the end of the day, it’s all about having control over what content to watch and when, not necessarily about saving money.

How many people have cable in Canada?

That represents 51.3% of households.

How many people are cord-cutting in Canada?

Children are also watching TV for 3 hours per day on average.

The highest number of hours spent watching TV was 7 hours per day, according to 2020 data.

The survey was conducted during coronavirus lockdowns, which could affect screen time.

Find out how many people watch Anime.

In 2021, an average American spent 2.86 hours per day watching TV on average.

The elder demographic (above 65 years) spent the most time watching TV, averaging 4.5 hours per day.

West Virginians spend 3.82 hours in front of the TV per day, which is the most in the US.

Do more people have Netflix or cable?

But the trend is showing that in a couple of years, pay-TV will be less common than video streaming.

An average person who only uses Netflix has spared himself 58 hours of watching ads.

An hour on a typical network channel consists of 18 minutes of advertisement.

Is streaming more popular than cable?

Followed by streaming (26%). Broadcasting is third at 25%, with the remaining 9% from other sources.

More than 83% of US households pay for at least one streaming service in 2022.

At least 67% of households are subscribed to Netflix. In 33% of cases, one Netflix subscription is used in more than one household.

Cord-cutting demographics: Who’s cutting the cord the most? What age groups are using alternatives like streaming?

Followed by the 30-49 age group, which reduced their pay-TV subscription numbers by 27%.

Young US adults aged 18-29 are the likeliest to use video streaming services.

61% of them have never subscribed to pay-TV services. On the other hand, 91% of them claim they find all the content they like online.

Most common reasons why people cut the cable?

More than 31% of people’s main reason to cut the cord is price.

That is followed by not using the cable TV enough to justify the price at 8.03%.

With 19.50%, the main reason against cutting the cord is watching live sports.

How much does an average American household pay for cable?

American household spends $116 on average for cable TV per month.

The total US market spends $147 billion per year on pay-TV subscriptions.

On the other hand, US consumers spend $47 on average for video streaming services (as of December 2020).

69% claim cable and satellite TV are too expensive, whereas 45% simply don’t watch TV.

These were the latest cord-cutting statistics. Despite worldwide lockdowns that forced people to stay at home, cable TV services are slowly but steadily losing subscribers.

The cord-cutters either don’t have time to watch TV or find all the video content they want on different streaming services.

Have you cut the cord as well, or planning to? Have you saved money by cutting the cord? What alternative did you find?

Please let us know in the comments.

Here are the latest metaverse stats. Find out the market size, how many people use it, and what they think about it. Plus much more.
| 13 min read

These are the latest music streaming industry statistics. Get a gimps of how fast the industry is growing and how people use streaming daily.
| 7 min read