Ambient Noise: Headphones That Let You Hear Your Surrounding

Everything you need to know about ambient noise headphones.

There are so many different sound modes in modern headphones, it’s hard to keep track.

Learn about the ambient noise sound mode and whether or not you need it.

What is Ambient Noise?

Ambient noise is any background sound that isn’t the original music you want to listen. It can include the noise of traffic, weather, animals (birds) waves, alarms, people chatter, and noise from devices such as air conditioning, fans, refrigerators, etc. 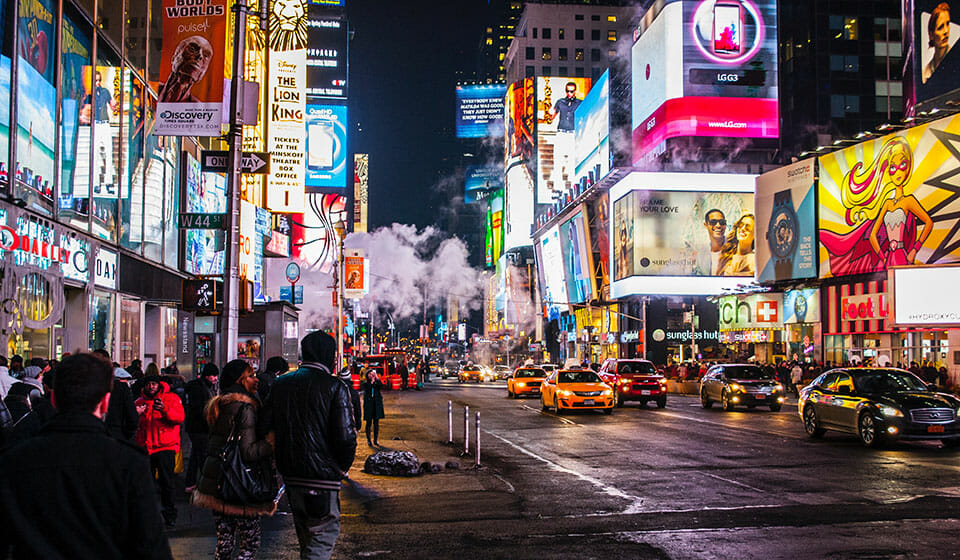 Popular locations like the NYC Times Square create a lot of ambient noise.

It’s also known as background noise (or noise pollution) and is generally an unwanted part of listening to music. It takes away from the listening experience, makes details harder to hear, and causes miscommunication during a phone call.

Also, it encourages listening to higher volumes, which might lead to hearing damage.

Ambient noise reduction is important in aviation, where the first active noise-canceling headphones were massively used.

ANC headphones remove the background noise actively with microphones and electronics. On the other hand, noise isolating headphones reduce it passively with good physical isolation.

Why Might You Still Want to Hear Ambient Noise while Wearing Headphones?

The only time you want to hear ambient sound while wearing a pair of headphones is when you want to interact and be aware of your surroundings. 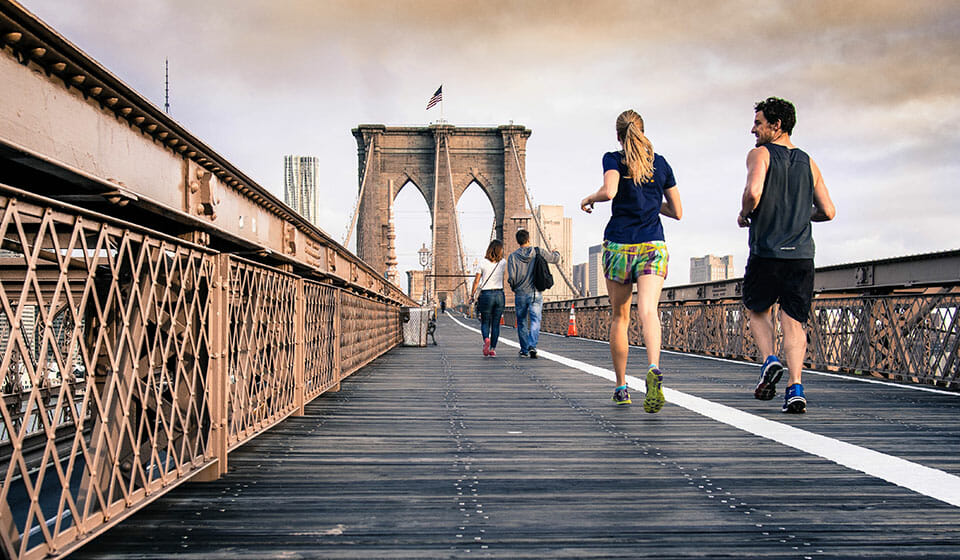 Hearing your surroundings when running is critical for safety.

It’s useful for runners (and cyclists) who are jogging on the streets where they need to be aware of the traffic (to avoid accidents because lack of awareness can be deadly).

Also, it’s useful in business environments where you need to talk with people over a phone call and in office as well.

For everyday situations, hearing ambient noise is important when you want to communicate with people, like talking with a store clerk or other service people. Trying to listen through loud music is often impossible, thus making pause necessary.

What Effect Does Ambient Noise Have on People?

There are no health hazards caused by background noise unless you crank up the volume and damage your hearing (which is more of your own fault).

But it can take away from the listening experience, especially if you’re listening in a loud, public place. It can make you miss the music details and hear distorted sound signals.

In other words, it makes your music sound worse by covering and blocking it.

Nonetheless, ambient sound helps some people relax and fall to sleep easier. When the noise mimics a different, more relaxing environment, it gives you a sense of being in touch with your surroundings.

What is White Noise?

White noise is usually a sound wave with equal intensity and volume but different frequency. It’s constant and repeating, a dense signal that sounds like static in some broken electronics.

It’s a combination of all sound frequencies that a human ear can hear.

As an example, when you’re manually searching for a radio frequency, you often encounter an in-between point that produces white noise.

Here’s an example of white noise. Similar to city ambient noise but without perceptible sounds.

Just like ambient sounds, white noise is also considered an audio polluter and is generally unwanted.

The reason is that it scrambles your hearing perception because it creates all sounds, it makes it impossible for the brain to determine which sound is the “right” one (the one you want to hear).

This makes it useful for drowning out voices and other audio pollution when you want to relax or have a good night’s sleep.

A lot of wireless and active noise-cancelling (ANC) headphones produce tiny white noise as the result of their flawed technology. Some suffer from it worse than others and depends on the model’s brand and version. It can’t be used for going to sleep, and it’s only annoying.

Why is it called white noise?

How Does White Noise Differ from Ambient Noise?

Ambient (or background) noise is anything that isn’t the original audio you want to listen to. It can be a regular or one-time occurrence. It’s often random with different intensity, volume, and frequency (depends where you are).

It’s disruptive and annoying but doesn’t mask music as efficiently.

White noise is different in its constant intensity and repetition of all sound frequencies, which makes it impossible to overhear. Thus, it makes your music inaudible.

If you’re confused about noise-cancelling and ambient sound modes, it’s a simple difference.

Note: The difference between noise cancelling vs. noise isolation explained

What is ambient sound technology?

The way it works is that the microphones built-in the headphones record the ambient sounds and then play them to you over the headphone drivers. It beats taking the headphones down as it usually only takes a press of a button.

It’s a simple feature that is often useful but not always. Sometimes you can’t beat taking down the headphones down. Because the microphones can’t pick up sounds the same way as your ears, especially those coming from far away.

What is an adaptive noise cancellation?

This is a fancy term for ambient noise cancellation that changes automatically depending on the situation you’re in.

The idea is that you don’t want to use full noise cancelling all the time. Sometimes you want to let some of the ambient sounds through, like in a public place (you want to hear the announcement when your airplane is departing). 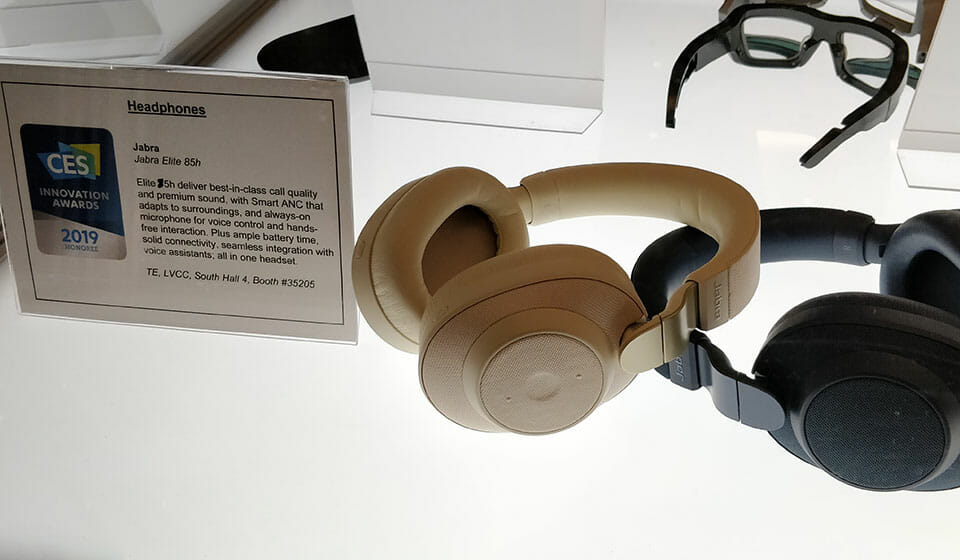 Jabra Elite 85H are one of the first headphones that come with adaptive noise cancellation.

The headphones have their own “AI” or internal programming that determines which noise cancelling mode is most suitable for the noise levels that they are currently recording.

Usually, you can control what sound mode you want to use or if you want to leave it to adaptive programming. It’s a feature most common in premium, higher-end ANC headphones.

Here you’ll find the latest and best headphones that cancel, block or let through the ambient noise—depending on your preference.

What are the leading headphone models with an ambient sound mode?

Regular headphones don’t have ambient sound modes, so you have to check the active noise cancelling models in the higher-end price category (we expect more models with this tech in the future).

What are the leading headphone models with passive noise isolation?

To get effective noise isolation of ambient commotion, look for closed-back headphones with over-ear earcups. Those are much better at blocking the unwanted sound.

What are the leading headphone models that allow people to hear ambient noise?

Headphones that let through the ambient sound by design are open-back and open-air headphones.

Open-back means the casing is open and doesn’t enclose the drivers, so there is a direct path for air to travel from outside to your ears.

Usually, open-back headphones create better spatial sound, better soundstage, and give a superior sense of space the music is coming from.

One of the best open-back headphones include:

And if you’re looking for small earbuds, you can check the classic earphones that don’t go in-ear but stay on the outside of the ear canal.