Noise pollution is a part of our everyday life, whether we like it or not.

Around 5% of the global population suffers from noise-induced hearing loss due to environmental noise pollution, with 40% of Americans living in dangerously loud areas.

Learn how many people are affected by noise pollution and its effect on human health and marine life. 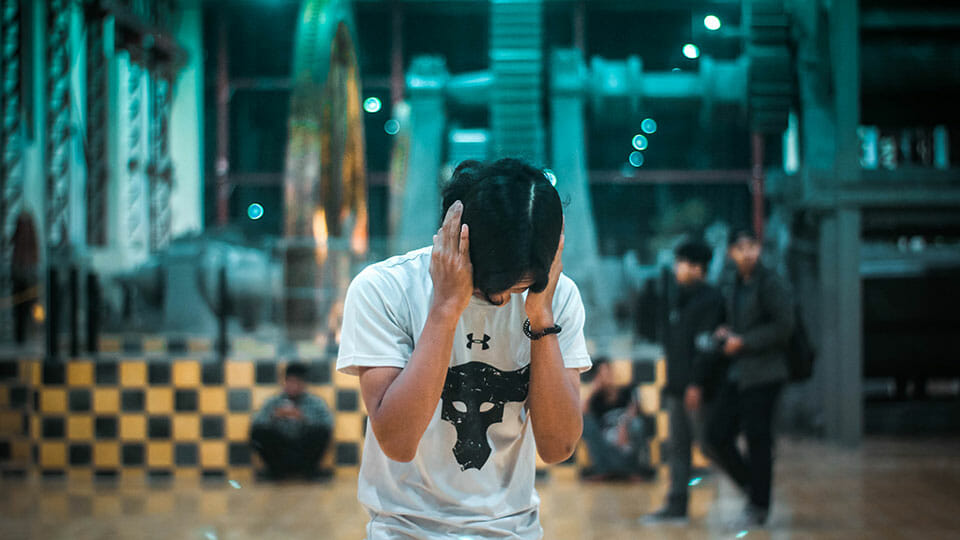 The country with the highest noise pollution

Most common sources of noise pollution

Most common effects of noise pollution

How many people are affected by noise pollution worldwide?

Noise pollution contributes to hearing loss; as of 2021, 432 million adults worldwide suffer from it.

Among the number, 34 million represent children.

It’s expected that by 2050, 2.5 billion people will experience hearing loss to some degree of noise pollution.

On average, 1/3 of the population claim that the world has become noisier in recent years.

41% of Italians and 29% of Dutchmen think the noise pollution has worsened.

How can you protect yourself from noise?

How many people are affected by noise pollution in the EU?

20% or 100 million people in the EU are exposed to environmental noise such as:

You can find all the source links bottom.

How many Americans are affected by noise pollution?

The number has increased by 10 million in the last few years.

30 million Americans are exposed to dangerous noise levels in their workplace.

New York is one of the loudest cities in the United States.

The loudest measured sound at 95dB and the quietest at 56dB.

Excessive noise exposure can lead to:

The study of the Tarkwa mining community in Ghana separated the community members into 7 groups in order to research the effects of noise pollution.

Here are the effects of noise pollution on members of different genders and age groups.

More than 12,000 people in the EU die prematurely from long-term environmental noise exposure.

Noise pollution is responsible for 48,000 new cases of ischaemic heart disease per year in the EU.

It’s estimated that around 72,000 hospital admissions are due to noise pollution.

An estimated 22 million people in the EU suffer from chronic high annoyance.

Many animals use sound to survive, from finding food, navigating, finding mates, and staying away from predators.

What country has the highest noise pollution?

USA and UK are among the noisiest countries in the world.

On average, these 2 countries have the highest levels of noise pollution based on available data.

Top 10 countries in Europe based on the number of people exposed to excessive noise pollution.

India is the noisiest country in the world, based on a subjective web survey.

Followed by the USA, China, and Italy.

If we want more objective, measured data, look at the results below:

Top 10 noisiest cities in the world

Dhaka is by far the noisiest city in the world, with the maximum measured sound at 119dB.

What are the most common sources of noise pollution?

Most common sources of environmental noise and how loud they are:

Road traffic is the biggest noise polluter in the EU.

An estimated 100 million people live in areas where traffic noise exceeds 55dB. Around 32 million are exposed to levels above 65dB.

What are the most common effects of noise pollution?

The most common problem caused by noise pollution is hearing loss.

Other areas where noise pollution affects human health are:

What are noise pollution effects on children and their development?

Children are especially susceptible to noise-related problems. Those living near an airport or busy streets are known to suffer stress and impaired memory, attention, and reading skills.

Some even have higher resting blood pressure and stress levels due to long-term noise exposure.

Loud environmental noises can affect the development of fetuses, newborns, and little children.

What is an acceptable level of noise? / What are WHO-recommended noise levels?

Here’s a table of acceptable levels of noise for day and night:

What are the different levels of noise pollution?

Here’s a table of different levels of noise pollution:

What percentage of population has hearing loss?

Over 1.5 billion people worldwide suffer from hearing loss, according to World Health Organization (WHO).

Read more about the hearing loss, tinnitus and deafness statistics.

Around 12.5% (or 5.2 million) of US children and teenagers aged 6-19 suffer permanent hearing damage from loud noise exposure.

Furthermore, 17% (or 26 million) of US adults are experiencing the same problems.

Dolphins and whales need echolocation to function normally, which is disturbed by ships and sonars. Military sonars can reach up to 230dB at their source.

Here’s a table of different underwater sound sources and their loudness:

Noise pollution is everywhere, so it’s important to know how it affects our daily lives.

Do you think the world is getting noisier? How does noise affect your life?

Hopefully, you learned something new, and if you are wondering how to remove background noise from your life, see articles on noise cancelling.

Learn surprising statistics on the music industry, how people listen to music, and its effects on health and learning abilities.
| 10 min read

26 Undeniable Benefits of Listening to Music According to Science

Learn about the health benefits of listening to music on your well-being, mental health, social life, and learning performance.
| 5 min read