Everything About Batteries in Headphones

With constant advancements in portable technologies, people strive for their devices to be as convenient as possible. The same goes for the headphones, where we ditched the cables in favor of wireless design. But by eliminating one inconvenience, we got another: batteries.

To make sure your Bluetooth headphone will still work after a couple of years of use, we gathered all you should know about batteries in headphones. In this article, we dive into:

How Good are Batteries in Modern Wireless Headphones?

Thankfully, the batteries get better with each year, lasting for a longer time. In the beginning, you could only expect a few hours of playtime, while now we have surpassed 60 hours of battery life for full-sized headphones, and around 12 hours per single charge for true wireless earbuds.

Everything that isn’t connected to an external device or wall outlet needs some sort of battery to draw power. Wireless headphones come a long way when it comes to longevity. Right now, the most premium headphones last around 20-30 hours per single charge. That is with all their extra features turned on.

Interestingly, some more budget headphones can do even 70 hours of playtime, which is incredible. However, those headphones don’t possess features like active noise-canceling or Awareness mode, which are draining the battery life much faster. More on that later.

The first ones are connected with a cable and can last up to 24 hours on a single charge, which is currently considered best-in-class. 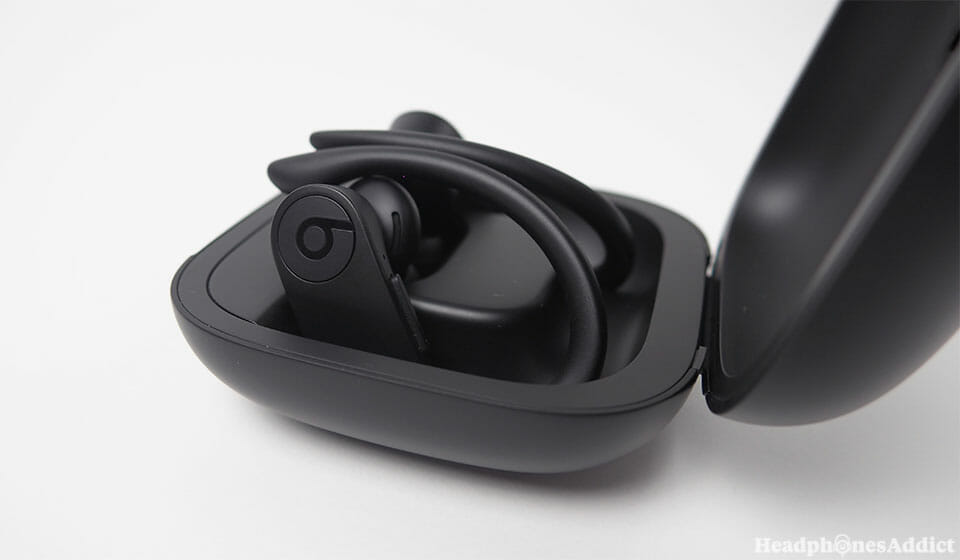 However, wireless earbuds are slowly going away since the true wireless solutions are much more convenient. Not only that, but they can also surpass the battery life expectation of any other types of wireless headphones. Some models can go up to 70 hours of playtime. But there is a catch.

Earbuds themselves can only last around 5-12 hours per charge. The majority of juice is stored inside the charging case. Thankfully, many of truly wireless earbuds offer quick charging, adding another 1-2 hours of playtime in just a few minutes.

Modern wireless headphones are packed with lots of technologies. However, all those features drain your battery much faster than you expect.


The ANC is an excellent example of why your headphone’s battery starts dying sooner than expected. Usually, the manufacturer only states how long their headphones can last without any extra feature turned on. Since the noise-cancellation takes a lot of processing power, you can quickly expect around 50% less battery life when the feature is enabled.

If you want to know more about how the active noise-cancelling works, feel free to check our article about it.

Another feature that drains the power the same way as ANC is the Awareness or Transparency mode. Essentially what this does is picking up the environmental noise around you and playing it straight into your ears. To do that it uses microphones on the headphones. This feature is useful if you want to know what is going on around you without taking off your headphones.

We have also made a full article on this topic.

Sound is a series of mechanical waves that our ears can detect. Louder the sound, higher those waves (amplitude) get. But to achieve that, you need more power. Therefore, if you need your drivers to get louder, you need to pump more electricity into a coil. The same thing applies to headphones: more energy, louder the sound. 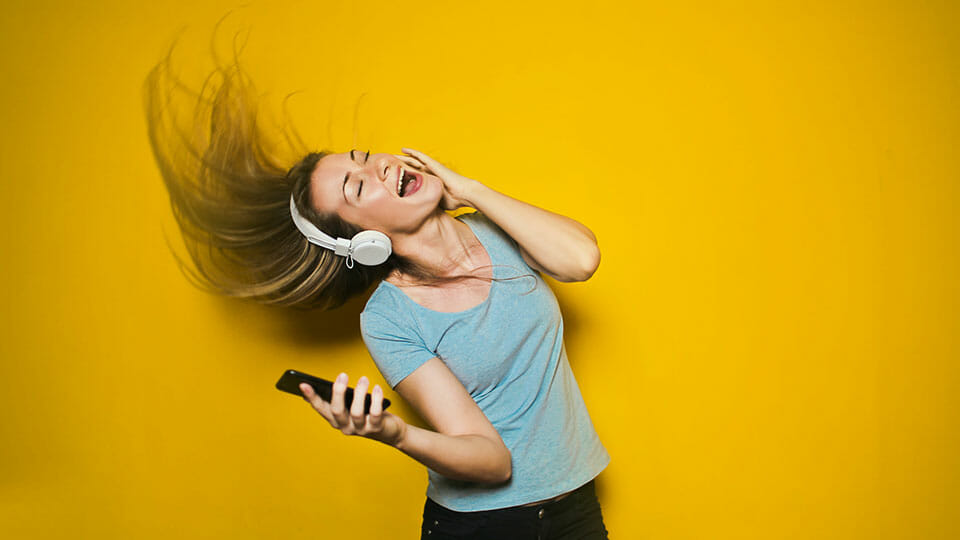 That is why listening at higher volumes drains your battery faster. The manufacturer usually states the battery expectancy when listening at around 50% volume. Going lower than that often results in even longer playtimes than promised by the manufacturer.

However, cranking up the volume doesn’t only make your battery life worse, but it can also damage your hearing in the long run.

How to Extend Your Headphone’s Battery Life?

The most logical thing to do is, of course, disabling all those features mentioned above. But how about the battery’s health? The inevitable fact is that with each charging, cells inside the battery slowly degrade. Handling your headphones with care might reduce the speed at which degradation is happening.

There are a few things you can do to extend your battery life in the long term:

Do not let your charge go too high or too low

Lithium-ion batteries are usually the most effective when charged between 30-80%. Going lower or higher puts unnecessary stress on the battery, speeding up the process of degradation. We tend to leave our portable devices charging overnight, but we also need to know that this isn’t the best thing for the battery’s health.

If possible, use a good quality battery charger

Both the battery charger and the battery itself have their protection boards, which prevents them from getting a short circuit. These built-in controls regulate the flow of electrons, making sure everything runs smoothly. Thankfully, even if you plug your headphones on an insanely powerful charger, the battery inside will only draw as much as it can, without the risk of overheating.

But getting yourself an extremely cheap charger can be a gamble. Some might not have sufficient protections built inside, which can cause them to overheat. Some might even charge slower than it’s written on the packaging. 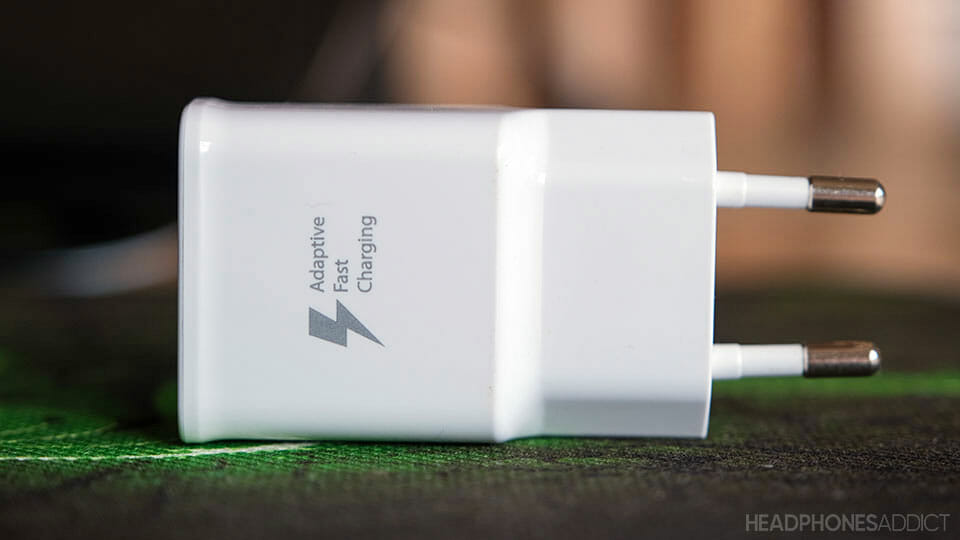 If you plan to store your wireless headphones for an extended time without using them, make sure you first charge them up to 60%. Only then you turn them off and place them in a dry, not too warm place. You’ll have to recharge them every 4-5 months.

Heat is terrible for your lithium-ion batteries. That is why there is a limit to how high the temperature can go until it’s too stressful for the battery. Usually, the manufacturer states around 50°C to be the max. That seems a lot, but you can quickly achieve that exact temperature if you leave your device in a car underneath a scorching sun.

Use only one earbud

If your wireless earbuds support this, you can definitely try it. While this doesn’t make sense if you only need to use them for a couple of hours, it might be a good idea if you do a lot of phone calls or go on a long trip. That is how you can make your earbuds last twice as much.

Can You Damage the Battery Inside Wireless Headphones?

Truth to be told, lithium-ion batteries in our devices are very unstable. A lot of things can cause them to burst into flames. Excessive heat, the rapture of the battery’s housing, bending, overcharging. That is why you should take good care of them and avoid these things:

Keep them in a protective case

Usually, true wireless earbuds come with hard plastic charging case. The latter not only charges them but can also protects them from drops, and keeps them in place so that you don’t lose them.

Similarly, many wireless headphones come with a hard shell carrying case. That adds an extra layer of security, protecting your expensive headphones from being squashed underneath the weight of your luggage. 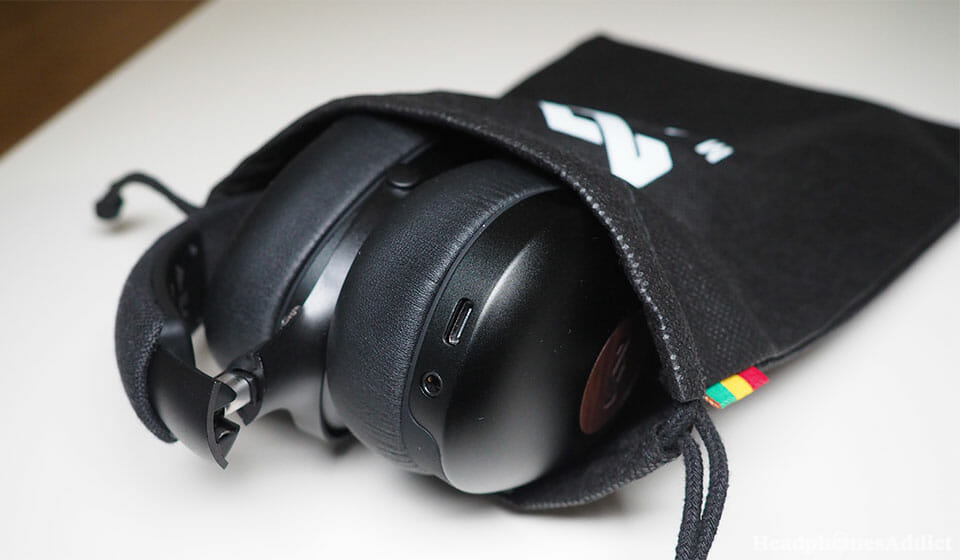 A soft carrying bag is useful but doesn’t offer a lot of protection.

If you don’t store our headphones inside hard cases, you should make extra sure that you don’t damage them, for example, by stepping or sitting on them, or dropping them on the floor. Visually our headphones can easily survive a bit of abuse, but internally you might do some damage. Especially if the housing gets cracked.

That is the clear indicator that there is something wrong with the battery. Swelling usually occurs sooner with cheaper rechargeable batteries, but even original ones are not entirely safe from this phenomenon.

It might be the cause of some previous damage done to the headphones or a faulty battery, but it usually happens with age. Most commonly it occurs to devices that are getting frequently overcharged or haven’t been charged in a while. Leaving your device’s battery discharged for too long might help at gas formation. And since the battery is sealed shut, it starts to slowly expand.

In that case, if you keep on with the charging, more and more gasses can build up inside the battery, risking a potential burst. Your device might start releasing dangerous gasses or in a worst-case scenario, explode. Therefore, if you see the swelling, stop using the headphones.

Can a Battery Inside Bluetooth Headphones Be Replaced?

The days when you could swap the battery for the new one, are practically gone. Almost every new product has an integrated design, making it more sleek, small, and waterproof. But at the expense of repairability.

While you can still do repairs like that at home, this kind of DIY project can completely break your portable device. You need the right spare parts and the right tools and knowledge to do it properly.

That is why it’s still the best thing to send your headphone to a repair shop or an official service.

How Many Years Does a Battery Usually Last?

It’s hard to tell, but the inevitable truth is that they don’t last forever. Some cheap rechargeable batteries have chips inside, which malfunction much sooner than the battery cell itself (causing false reports of an empty battery, even when it’s fully charged). However, many of them start dying because of simple physics.

Every time you fill your battery up, a layer of electrolyte oxidation starts building up. Picture it like this: you have a brand-new freezer that can be filled up entirely. But after a while, ice crystals begin to build upon the walls, preventing you from putting more things inside. The same thing is happening to the battery. 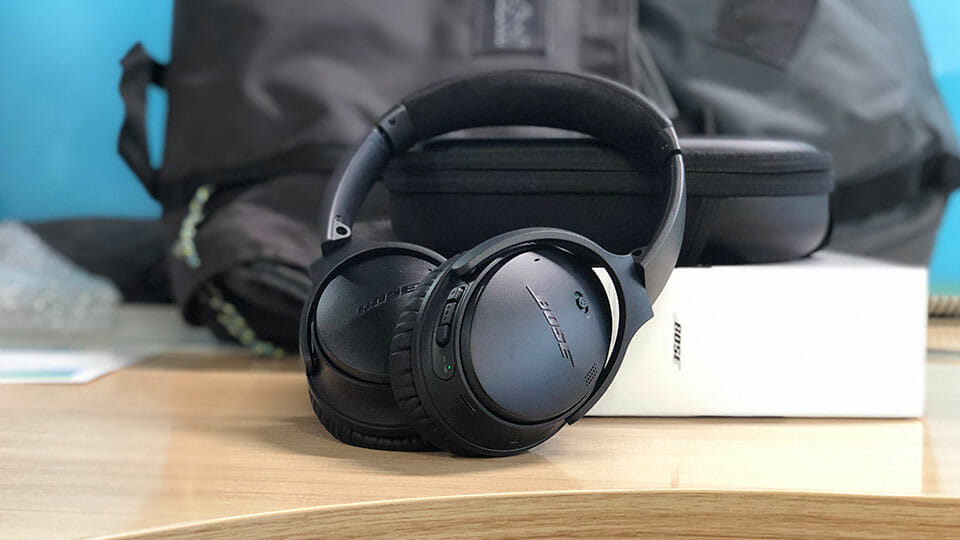 In most cases, modern headphones use lithium-ion batteries.

That is why you can usually expect around 2-3 years before your wireless headphones start dying. First, you notice that the can’t reach those 10 hours of battery life anymore. After a while, they can only last up to 5 hours or less. One day, that number will drop even lower until they become unreliable to use. And as mentioned, swapping the battery isn’t that simple, so you’ll probably have to buy a new pair.

With the fast advancements in battery technology, 3 years-time can be a lot, even for headphones. So buying new ones might be an obvious choice if you want the latest features.

Also, keep an eye on the battery life when buying new wireless headphones: the longer the charge, the better. If you choose a full-sized pair, make sure they have a 3.5mm port. Even if the battery dies, you can still listen to them via a headphone jack (although this might be a problem nowadays with modern smartphones without the port).