How Noise Cancelling Works To Fight Sound Waves (in 2 ways)

There are 2 types of headphones when it comes to blocking/canceling sound waves.

They work differently to battle against the unwanted ambient noise and here you’ll learn how.

What are Sound Waves?

A sound wave is a disturbance of particles over a medium (air, bone, water, etc.) that travels away from the source in a wave-like form. It’s a pressure wave.

Imagine the ocean waves traveling from the source of disturbance all the way to the shore. Particles of water disturb the water next to them, and the energy is transferred over the medium.

When it comes to sound, the source of disturbance can be a person’s vocal cords. They disturb the air around them and through repeat air particle disturbance your eardrums pick up the vibration, this is when you hear the person’s voice.

The vibration of air travels in all direction from the source and loses some of its power over distance. So, over distances, the voice volume is lower than at its source.

How fast can sound travel over the air?

Sound travels at the speed of 343 meters per second (m/s) over the air and even faster over liquids (water) and solid matter (like bone or metal). This is also how bone conduction headphones work.

Can you block sound waves? 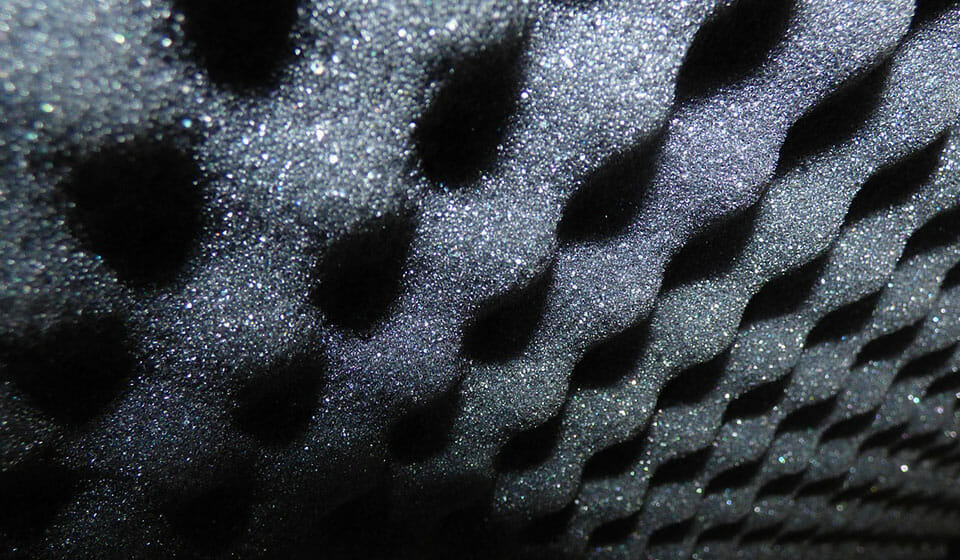 Surfaces that are soft like cloth, curtains, and foam absorb the sound and reflect very little of it. This makes them great for sound isolation as they create a “sound-blocking” effect.

Minimal sound deflection is the reason why foam is used as a sound-absorbing material to create excellent acoustics.

On the other hand, a hard surface like a concrete wall deflects most of the sound waves and thus creates an echo effect.

You can best detect traveling sound in big cities where the sound waves are deflected from building walls.

How Do Sound Waves Interact with the Human Ear?

This is a simple explanation. The whole process is a bit more complicated. The stronger the vibration, the higher the volume of the sound.

How Many Sound Waves Hit the Human Ear Every Second?

How many sound waves hit the human ear per second is measured by frequency. Its unit for measuring is hertz (Hz), defined as one cycle per second. More sound waves/cycles hitting the ear increase the measured frequency.

A low number of sound cycles is heard like almost a perfect silence with only a couple of tones. And, 20.000 Hz sounds are complex and often indescribable, like city noise.

Most sounds we hear are somewhere in between but still 1000s of Hz.

Keep in mind that human hearing diminished over time, so it’s important to avoid damaging situations.

What is “Passive Noise Cancelling”?

Nonetheless, you can understand it as passive noise cancelling or isolating, most people will still understand you.

Passive sound isolation works with the help of physics. Since sound travels over the air, if you cut direct air connection of the headphone drivers (source of music) with the outside world, leaked noise will be decreased.

By keeping the sound waves inside the headphone casing by blocking them physically, you make it difficult for people not wearing the headphones to hear the music.

Some music still leaks, but it’s greatly diminished. The best noise isolating headphones are always closed-back with a tight fit. 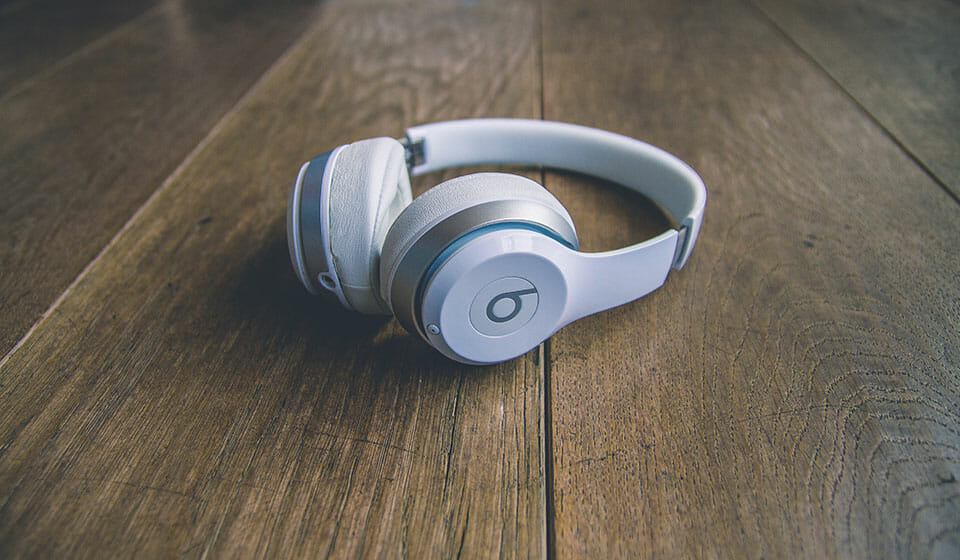 Closed-back headphones have superior noise isolation including all Beats headphones.

Open-back headphones expose their drivers to the air around them, which makes them horrible at passive noise isolation.

Why Might Someone Prefer Passive to Active Noise Cancelling?

A lot of people want simple-to-use headphones that sound good and don’t require too much maintenance or attention. Passive noise isolation is a simpler technology that is more than enough for a lot of people.

You read more about the difference between active vs. passive cancelling here.

What is Active Noise Cancelling?

It’s a process predominantly used in headphones that results in a dramatic reduction of background noise, which is helpful in many situations and especially during travel and work.

Since sound waves follow a particular pattern if you create an opposite pattern and combine them together, they create silence.

You can read more about noise-cancelling technology here.

Note: They don’t have to be expensive. Find sub-$100 ANC headphones.

Why Might Someone Prefer Active to Passive Noise Cancelling?

There is only one major advantage of active noise-cancelling headphones over their passive alternatives.

They are much more effective at removing unwanted noise from your perception.

Imagine flying for over 10 hours—most intercontinental flights last longer—and constantly being bombarded by the loud noise of airplane engines. It’s annoying and stressful.

But put on a pair of headphones with active noise canceling, and suddenly you’re in a much calmer environment, it makes it easier to cope with the stress of flying and many frequent travelers swear by them.

The ANC technology is complicated, needs energy, costs more money to manufacture, and is overall more of a hassle to use. But for many people, the benefit of the improved removal of noises around you makes it worth it.

Noise can induce stress and impact your health. It’s a good idea to keep it to a minimum.

Learn more about the difference between active and passive noise cancelling.