Find the most in-depth info on the TIDAL music streaming platform.

Despite TIDAL’s secretive behavior, we managed to dig up some interesting stats about the company. 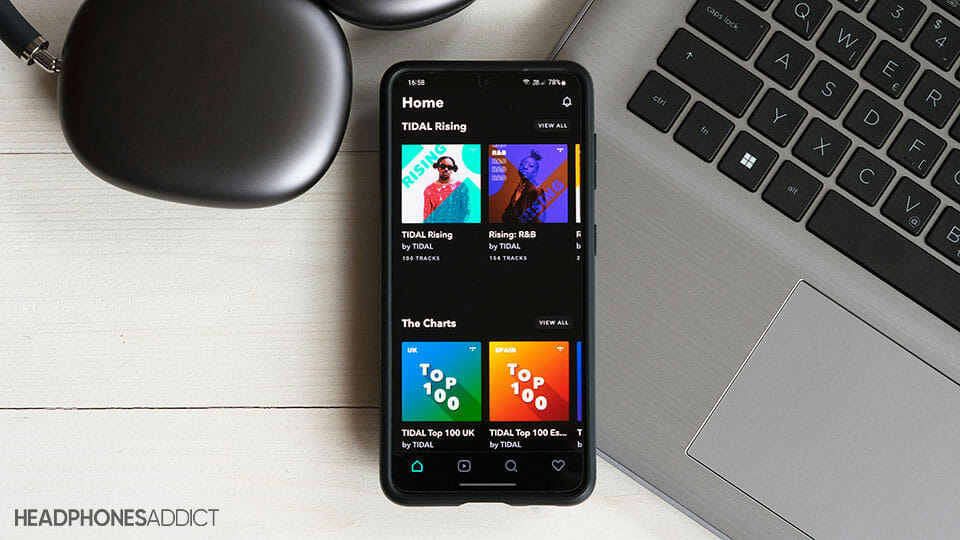 TIDAL is an artist-owned music streaming platform centered around artists. It helps emerging musicians to grow by offering better pay.

How do you check your listening statistics using TIDAL’s History Mixes?

Learn about Tidal revenue from previous years and estimated revenue for the future.

Also, did you know TIDAL operates with a loss? More on that later.

That’s 13% more compared to the year before.

To this day, TIDAL’s estimated revenue is between $100 to $200 million per year. TIDAL doesn’t want to disclose actual numbers (Similarweb).

The deal was mostly in favor of TIDAL since it brought them new subscribers (at the time, TIDAL became available to 45 million Sprint users).

5. In March 2021, the majority of TIDAL ownership was sold to Square for $297 million dollars.

Square’s main mission is to use TIDAL to popularize blockchain purchases on music streaming platforms. They’re also interested in offering NFTs (non-fungible tokens) like autographs and memorabilia to fans (Reuters).

Since TIDAL is very secretive about its user count, you’ll see an approximate estimation of its market share.

But, you’ll learn how many monthly visitors TIDAL.com has.

From the MIDiA graph, 2% represents 10.5 million users, so the actual market share is even lower than that.

However, TIDAL gained extra 1.2 million users (including the ones with free trials) at the release of the Beyoncé album “Lemonade,” which was an exclusive on the platform for 3 whole years (WhatHiFi).

10. TIDAL is the 2nd most downloaded music streaming app in Poland as of January 2022.

The first spot goes to Spotify:

Like in other countries, Spotify takes the cake as the dominant music service (Statista 4).

11. TIDAL was among the most daily used streaming services in Poland in 2020.

More than 47% of millennials in Poland used Spotify, Deezer, and TIDAL every day (Statista 5).

12. TIDAL was the 9th most searched music streaming service worldwide in 2020.

The most searched music streaming service was Spotify, with 26 million monthly searches (Statista 6).

13. TIDAL has over 80 million songs in its library.

That’s less than half compared to Apple Music, which is available in 167 countries worldwide (TIDAL 2).

15. TIDAL offers one of the highest streaming qualities in the business.

That makes TIDAL one of the highest paying music streaming service, only lagging behind Napster, which pays $0,019, almost 1/3 more (Routenote).

What were top songs on Tidal?

General stats about the TIDAL company and which artists own it.

20. TIDAL HiFi Plus plan ensures that 10% of subscriptions go directly to the user’s most-listened artist.

Even more, TIDAL members can browse through a TIDAL Rising program, which promotes emerging new artists.

21. Which artists own TIDAL?

Some of the biggest names in the music industry:

22. Right after its launch in March 2015, the TIDAL app ranked top 20 iPhone apps in the United States.

However, only two weeks after, it has fallen out of the top 700 (Ballerstatus).

Is TIDAL better than Spotify?

So far, TIDAL supports higher-quality streams, better support for video content, and pays more per stream, whereas Spotify offers a ton of podcasts, has a larger user base, better-crafted playlists, new music discovery and social features, and offers a free version with ads.

You can only get TIDAL for free via your mobile operator. Otherwise, there’s a free trial period for 30 days. There was also TIDAL Access, where you listened to a limited number of tracks on the home page, but the service no longer works.

Hope you got all the info that you need. TIDAL likes to hide many of its financial and user usage information, so most numbers are coming from leaked documentation.

What else would you want to know about TIDAL? Do you know any other interesting info on the subject?

Check out the latest Apple Music statistics. Learn how much Apple Music earns, how big is its market share, how popular is among users, and many more.
| 5 min read

5 Best Ways to Listen to Music Together

How to listen to music with other people over internet. There are many different options and here are the best ones.
| 3 min read

Don't want to pay a premium for the original AirPods? Pick one of the excellent fake AirPods. They work better than you might expect.
| 6 min read