Sony is dominating quite a few consumer technology markets: photography, gaming consoles, and noise-cancelling headphones. Speaking of the latter, a month ago, they unveiled the new flagship among their ANC over-ears: the WH-1000XM4.

While the new model made improvements in almost all categories, they’re so small that many users can’t even notice them compared to the previous WH-1000XM3. That begs the question: should you get the new XM4 over the XM3?

Check our in-depth comparison between the two models to find out if the new headphones are worth upgrading. Or maybe you should keep your XM3 and wait for the next big update. 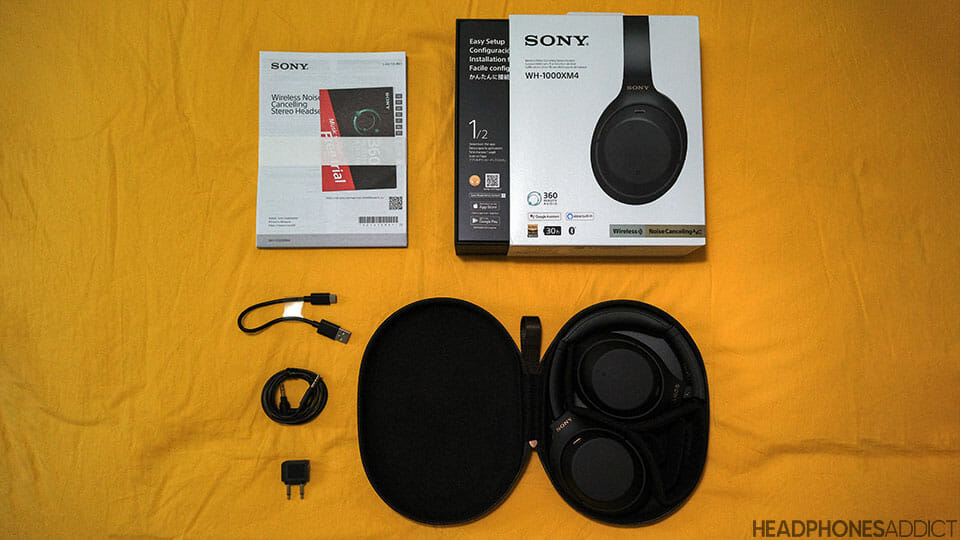 With both you’re getting:

Looking at the two headphones side by side, you have a hard time telling the difference. They’re that similar. However, Sony WH-1000XM4 have slightly slimmer earpads, with a little bit thicker cushion.

Consequently, you can now fit bigger ears inside the pads, while also providing a cushier experience. Thanks to the slimmer earpads, there is even less skin contact, which prevents your ears from getting too hot.

Despite all that, we would still want a bit more padding inside the earpads. Not only to further improve comfort but for futureproofing. After a year or two, earpads get stiffer, which lessens comfort.

Speaking of the overall comfort, they’re great. You can wear them for hours without irritation, even if you wear glasses.

Fit is also an area where they do a great job. Even if you’re making some sudden movements or running to catch a bus, these stay firmly on your head. However, neither of the two have an IPX rating, so you shouldn’t exercise with them.

As of right now, there are no significant differences between the two, both offering best-in-class ANC performance.

With the arrival of the new WH-1000XM4, Sony proudly said that because the model has 5 microphones (instead of 4 on the XM3), it can do a better job of actively canceling ambient noise. However, currently, there are no significant differences between the two headphones. 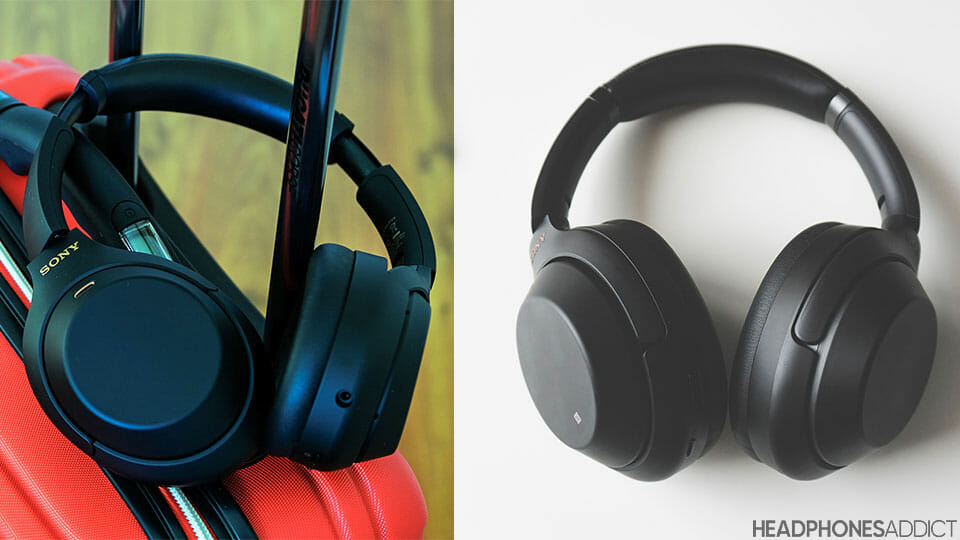 Therefore, if you want state-of-the-art noise cancellation, you can rely on both headphones to do so. They both do a fantastic job eliminating constant engine humming, or even human speech.

They are so good at noise cancellation that they might be too dangerous to use next to a busy road or on the streets. Thankfully, you can tweak the intensity of the ANC inside the Headphones Connect app.

Despite both of them having similar cancellation performance, that might change in future firmware updates. Therefore, XM4 might be a safer bet if you want the absolute best noise-canceling.

Because of Bluetooth 5.0, connection strength improved with XM4, with some new features that are not present on the WH-1000XM3. However, Sony also took away a few things.

Sony WH-1000XM4 received a jump in connectivity, having Bluetooth 5.0 instead of the Bluetooth 4.2 on the WH-1000XM3. That means better coverage if you like to leave your phone on a desk when walking around the house.

Besides that, pairing is still relatively simple, with a requirement to download the mobile app to unlock all the features.

It gets more interesting when it comes to connectivity features. Firstly, WH-1000XM4 now supports multipoint, giving you the freedom to simultaneously connect your headphone to two devices.

Not only can you switch between your laptop and your phone, but headphones will also automatically reconnect to your phone if you suddenly receive a call. However, there is a catch to multipoint support: you can’t use the LDAC.

Speaking of Bluetooth audio codec, the new WH-1000XM4 ditched the support for aptX and aptX HD. While some users are a bit angry because of that, LDAC still works perfectly fine when watching videos with no (visible) audio lag.

Most modern Android phones support LDAC, while iPhones use AAC. 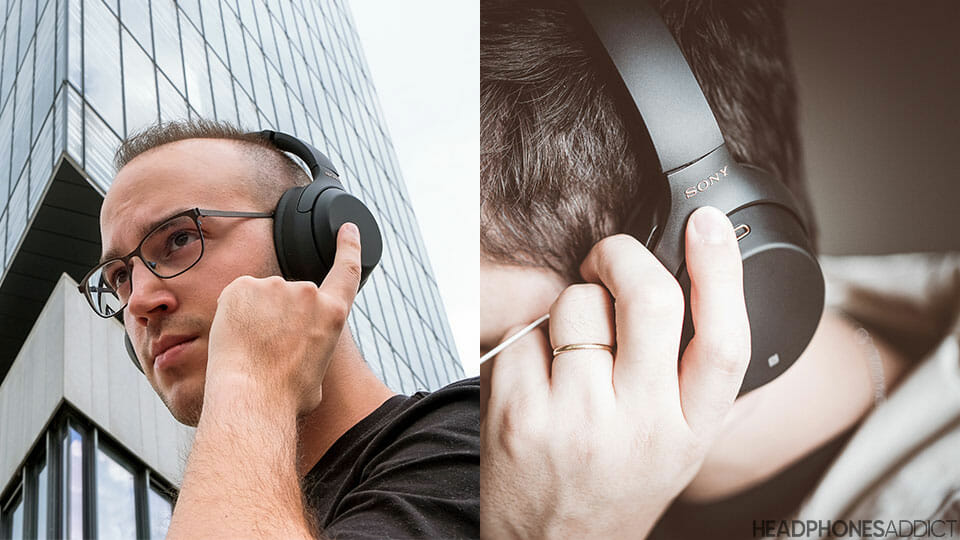 If you want to use the EQ inside the app to tweak the sound, the older WH-1000XM3 switch back to aptX or AAC, while XM4 stay on using the LDAC. It’s good Sony fixed that since the LDAC is the superior audio codec.

Apart from the lack of aptX and aptX HD, the new Sony WH-1000XM4’s are an improvement in many ways.

If there is one category where Sony didn’t bother to improve anything, it’s the battery. You’re getting the same exact numbers on both models. Without active noise cancellation, you can expect around 38 hours of playtime, and around 30 hours if leave the ANC enabled.

Quick charging also stayed the same, offering you another 5 hours of playtime in just a 10-minute charge.

Even though nothing has changed, these battery life specs are still quite impressive. You can listen to these headphones for days without needing to search for a power socket, which is what you should expect from premium products like this.

Materials used for the construction are the same as the previous version. There is still no IPX rating.

From a design perspective, Sony changed a few small things here and there, which doesn’t affect the overall durability. You’re still looking at mostly plastic headphones, albeit the material doesn’t feel cheap at all. 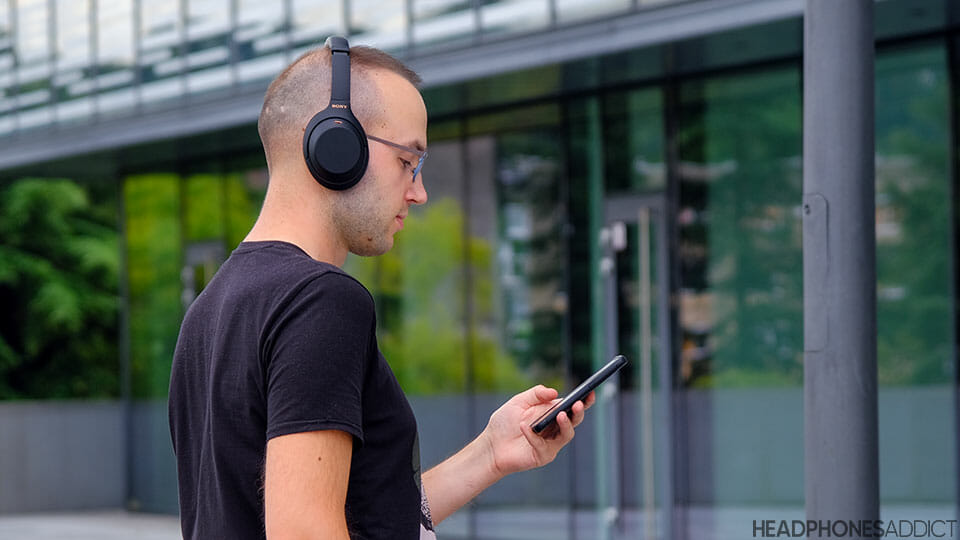 You’re getting 30 hours of battery life on both models.

All the hinges for rotating and folding are nicely machined, providing minimal friction when folding and unfolding the headphones. They do look robust, but we still wouldn’t want to throw these on the floor.

For the $350, Sony could have put more premium materials on these, as Bose did with their 700’s. Metal cups would add a little more to an overall luxurious feeling while also giving extra durability points.

Featurewise, both models excel. Of course, you get a few new features with the WH-1000XM4, although some are a bit gimmicky.

WH-1000XM3 already have a lot of features. XM4 only expanded the palette, giving you a few extra things to improve your user experience.

The most “visible” thing on the new XM4, since it’s located inside the left earcup, is the proximity sensor. It’s responsible for pausing the music (or video) as soon as you put the headphones off your head. Of course, it will automatically resume playing once you put XM4’s back on.

A less visible new improvement is the added microphone, making a total of 5 microphones on XM4 instead of 4 on XM3. Sony says this could improve the noise-canceling performance, although we already mentioned that ANC works very similarly on both in the current state.

However, that extra mic does help with picking up your voice when taking a phone call. You can hear a huge difference in clarity in the quiet room and when there is a lot of background noise. XM3 seems very muffled in comparison. 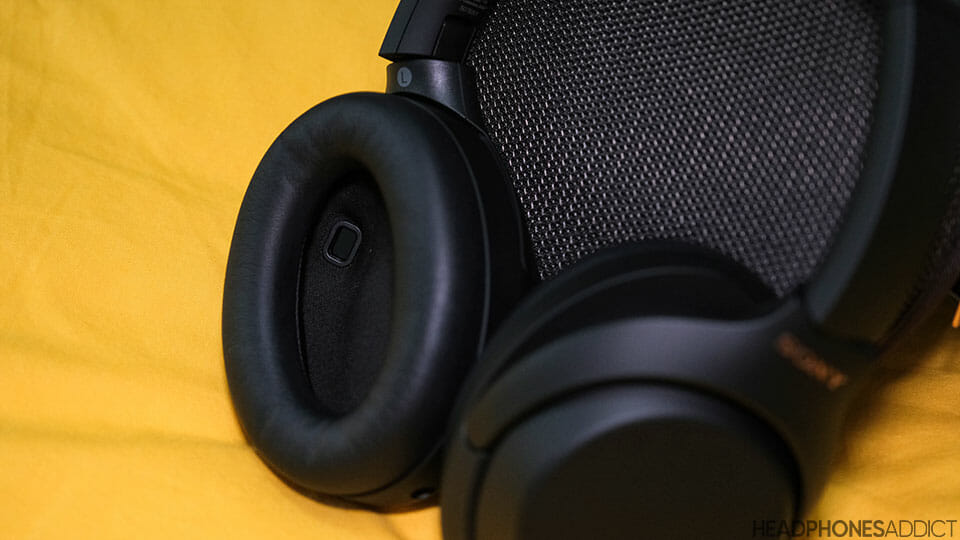 You’re also getting Speak-to-chat on the new model, which pauses the music as soon as you start speaking. This feature sounds cool, but it’s not that well-thought-out. Firstly, it only makes sense if you are the one that begins speaking. Secondly, if you like to sing along your favorite songs, this can get annoying very quickly.

Besides all that, things are the same as they are on the XM3. Excellent noise-cancellation with Ambient Sound, 360 Reality Audio support, great EQ, and DSEE HX audio processing for upscaling compressed audio files (DSEE Extreme on XM4).

Sony made some slight improvements in sound quality, but they are so minimal many users can’t notice them.

Despite some of the users claiming that the sound stayed the same, some small differences shouldn’t remain overlooked.

In terms of the bass, a keen ear can hear a small difference in the two models’ sub extension. To be more specific, XM3 have a deeper bass than XM4, but at the expense of some muddiness when listening at higher volumes. The newer version maintains a more focused presentation, with better control and detail.

Going further into mids, upper midrange appears to be ever so slightly cleaner on the XM4, while also sounding a bit thinner. That affects vocals, which on XM3 sound fuller, but also less pronounced.

Treble is also another area where new headphones get a slight boost. Consequently, the overall sound feels brighter compared to XM3. That makes the XM4 sound airier and more transparent.

Soundstage and imaging have also improved slightly on the WH-1000XM4, with a more accurate positioning than XM3.

Let us point out again that the differences are relatively small, and you can only notice them if you’re constantly switching between the two headphones. While they might be important to some demanding users, they are negligible to a casual listener. 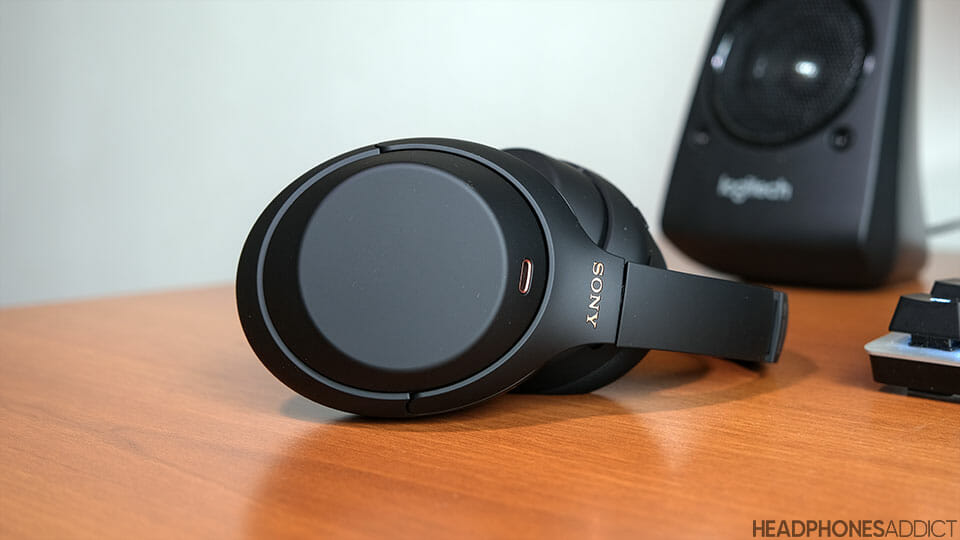 Even though we described quite a few differences between these two headphones in specific categories, the truth is that you need to nitpick to find those differences. They’re that similar.

But in general, yes, you do get a better headphone if you decide to purchase the new XM4. They’re tweaked in all the right places, making for a more well-rounded experience.

However, since the Sony WH-1000XM3 are currently around $100 cheaper, those differences are hard to justify. Therefore, if you already own the 3rd generation of Sony flagship noise-cancelling headphones, there is no need to upgrade unless you want those few extra things.

But, if you’re deciding to get your first noise-canceling headphone, and you don’t mind the price tag, Sony WH-1000XM4 are definitely the way to go. You’re getting yourself not only the best ANC performance but also audiophile-quality sound.

That’s it for the Sony WH-1000XM4 vs. Sony WH-1000XM3 comparison. Did we forget to mention something? Let us know what you’d like us to compare in the comments.