Everything you need to know about wireless Bluetooth technology in headphones.

Bluetooth is a wireless technology for short distance data exchange among electronic devices using UHT radio waves (the science behind).

The standard range is up to 33ft (10m), and the Bluetooth 5.0 can reach around 100ft (40m). It’s used by many devices such as smartphones, personal computers (mostly laptops), TVs, car radios, speaker systems, and headphones.

How is Bluetooth technology leveraged in wireless headphones?

With the advent of smartphones with Bluetooth technology and fast-speed mobile internet with music streaming services like Spotify, Bluetooth headphones have become more popular.

In the past, wires were the only way to connect your pair of headphones to a smartphone or tablet. Today, Bluetooth headphones offer more convenience and a wire-free experience that’s preferred by many.

You can get them at an affordable price that compares to wired models.

Add the absolute freedom you experience with the latest true wireless earbuds, and you’ll understand why wireless headphones are storming the market.

True wireless buds are super easy to use.

After the first Bluetooth connection is established, the headphones connect automatically when turned on. It takes even less work than putting in the wires.

You also get built-in or in-line remote controls for changing songs, volume, and answering calls as a standard feature.

But, since Bluetooth needs power you need to charge the battery every once in a while. Thankfully most wireless cans offer a decent battery life.

Charging up is pretty quick with usual time around 2 hours for a full charge. Also, the newest USB-C charging is even faster, and some headphones with quick charging can last over an hour after a short 5-minute power-up.

How high-quality is audio transmitted via Bluetooth?

The sound quality of audio transmitted via Bluetooth is dependent on the Bluetooth codec that’s in use.

Note: both the smartphone and the headphones need to support the Bluetooth codec you want to use.

The usual rule is, higher the bit rate, better the sound quality.

SBC – First and most common is SBC or sub-band codec that is mandatory to be included in all Bluetooth supported headphones and speakers (with A2DP profile).

It offers reasonable audio quality at average bit rates and low processing demands. It’s capable of 345 kbps bit rate and sample rate up to 48 Hz (though you’ll usually get less). It doesn’t offer the best sound quality but works with almost every device.

aptX – This is a family of Bluetooth codecs made by a giant Qualcomm that improves on the overall wireless Bluetooth connectivity. These are probably the most popular non-mandatory codecs.

They make classic aptX codec, aptX Low Latency (aptX LL) that shortens the audio delay in videos, aptX HD that offers the highest bit rate and sound quality in the group, and the latest aptX Adaptive that adapts to the needs at hand.

LDAC – It’s made by Sony, has a variable bit-rate and is now supported on most Android devices (after Oreo).

It features 3 different modes, one with a bit rate of 330 kbps (Connection), the second with 660 kbps (Normal), and the best at massive 990 kbps (Priority). The codec changes modes automatically depending on connection quality.

LDAC is capable of transmitting high-resolution audio with a small loss in quality.

But compared to SBC and aptX it usually performs worse. Furthermore, iPhones offer better sound with AAC than Android phones because of how battery functions are programmed.

How did Bluetooth get started? 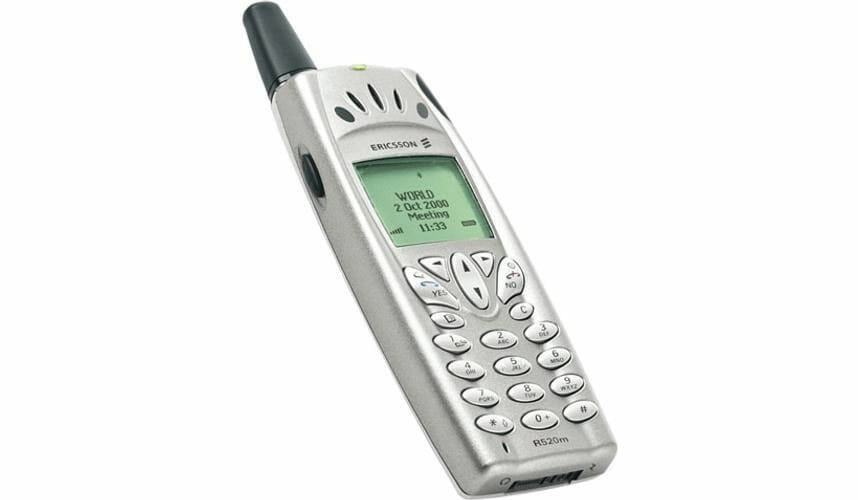 Ericsson R520m was the first cell phone with Bluetooth.

The short-range radio technology, later named Bluetooth after the king Harald Bluetooth, was initially developed in 1989 in Sweden.

It was released to the market in 1999 as the Bluetooth 1.0. And, the first Bluetooth cell phone was released in 2001 as the Ericsson R520m. More history of Bluetooth.

Advancement of Bluetooth Technology in Headphones 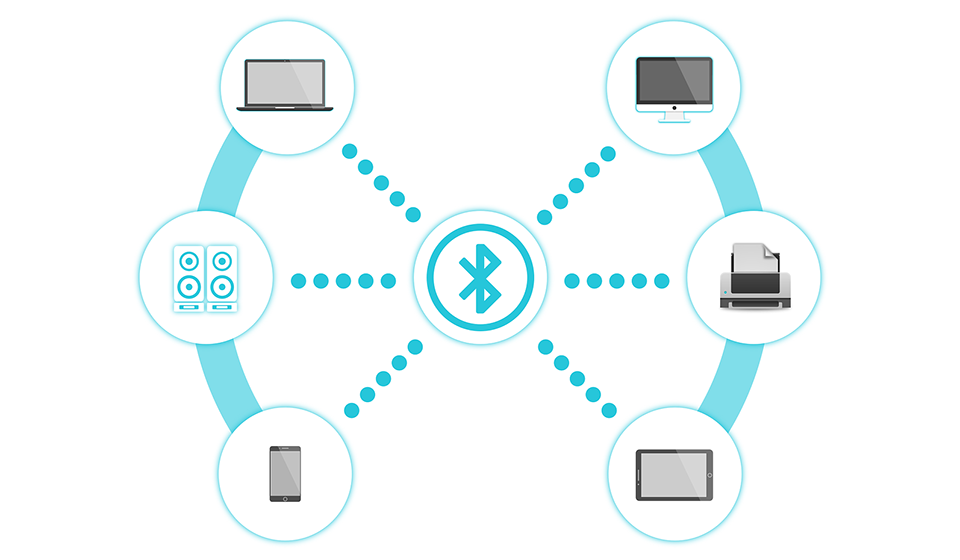 What was the first pair of Bluetooth headphones?

Nobody really knows what the first Bluetooth headphones were, but they were released in 2004 according to the official Bluetooth history page.

Nonetheless, wireless Bluetooth headphones became a practical option in the 2010s, and a popular option a couple years ago (with efficient Bluetooth codecs).

What are the previous limitations of Bluetooth that have been improved over the years?

The biggest limitation was the sound quality and audio delay.

When you use Bluetooth to transmit audio over the air (radio waves), it needs to encode the analog music into a digital signal to send over. In the process, some of the musical data is lost. Hence the loss in audio quality.

Right now, any headphones with Bluetooth slightly corrupt the music quality even if you send them high-quality, uncompressed WAV songs.

Thankfully, this problem has been diminished with the latest Bluetooth codecs.

What is the next frontier in Bluetooth headphone technology?

In the future, we can expect better lossy Bluetooth codecs that will deliver a near CD-like sound quality. Plus a better power management system that will prolong the battery life of Bluetooth devices.

At the moment listening to music wirelessly takes away from the audio quality which you can hear if you have a trained ear and the right equipment.

Even though most people can’t detect the difference, test yourself here.

Maybe, they’ll figure out how to make a lossless Bluetooth codec though these are just audiophile dreams at the moment. 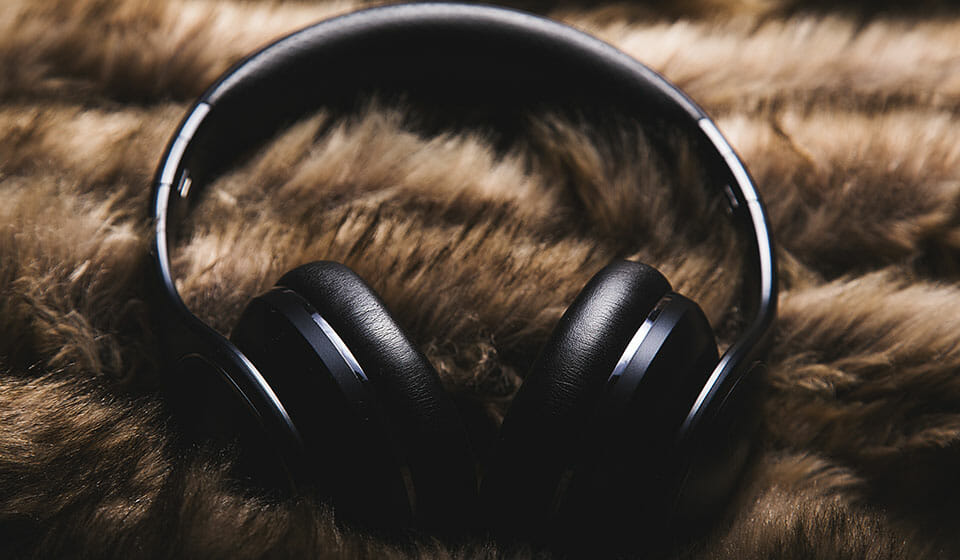 Check the related guides on top models you can get today.

What are the best-rated Bluetooth over-ear headphones?

Over-ear headphones with Bluetooth offer more convenience and excellent comfort. You can choose from many models from Sennheiser, Bose ,V-MODA and others.

What are the best-rated Bluetooth in-ear headphones?

Check the best in-ear models in this guide.

What are the best-rated Bluetooth headphones for sport?

Working out with wires is often annoying and creates accidents. There are many options from Jaybird, Bose, Jabra, Plaantronics and others. Free yourself from the cord and pick the best wireless workout headphones (guide).

In that case you can get some high value-for-money wireless headphones that all cost less than 100 dollars.