Upgrade your favorite pair of headphones with a clear wireless boom microphone.

Antlion’s ModMics have been the best-in-class boom microphone mods for some time, and now, you can get a wireless mod mic for the first time.

They cut the wires and made the mod wire-free. It’s a nice upgrade that makes it super easy to assemble your set of headphones into a proper headset.

The only bad side of this newest model (at the time of writing this) is its price. The MSRP of $119.95 is substantially higher than the ModMic 5 (around $70) which makes it lower value-for-money.

But if you want the latest technology, you usually have to pay a premium, and this one might just be worth it.

Check the review and audio quality of the new ModMic Wireless below. 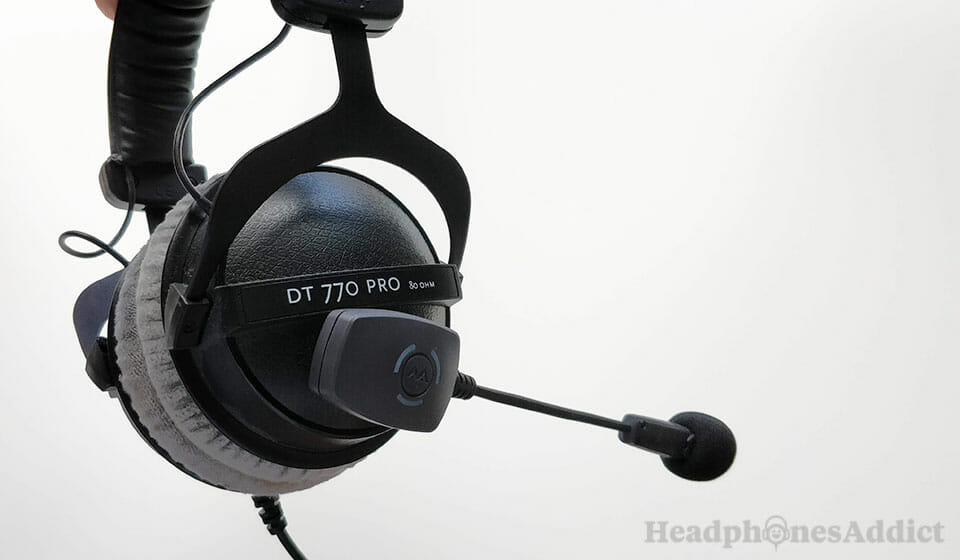 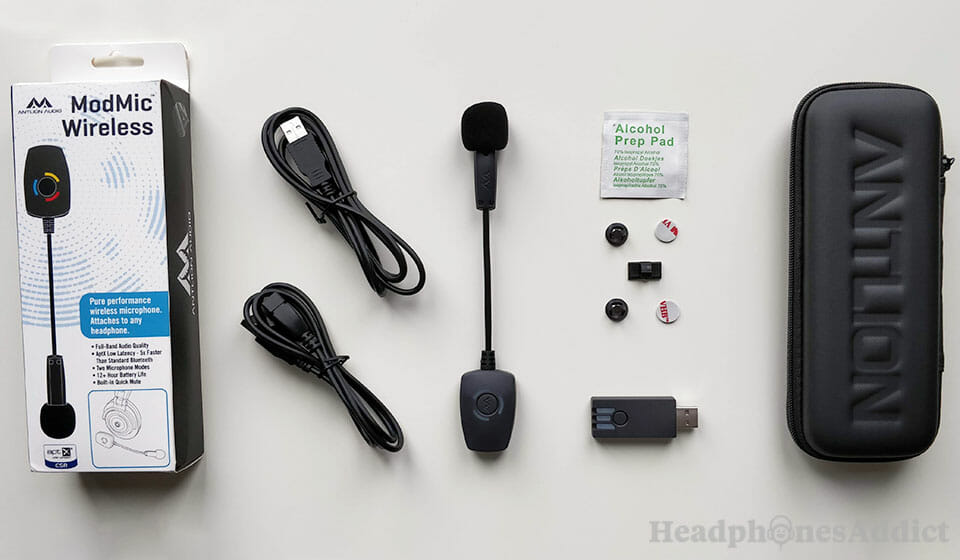 The microphone mod comes in a nice black carrying zipper case. It’s sturdy, and you immediately know this is a quality product.

You open it up, and you’ll find the boom microphone already charged and ready for use.

It’s compatible with Windows, Mac, and PlayStation4 but not Xbox. What’s cool about is that it doesn’t require any software or special drivers. It works out of the box.

Though you might need to play with some settings in your system depending on what you have currently set up.

Now, before you can actually use the ModMic on a pair of headphones, they advise you to wait 24 hours after gluing on the magnetic base clasp.

The reason is that the new magnets are stronger compared to other models and they might fall off before you actually start using it. Probably because the wireless ModMic is heavier, it needed stronger magnets to stay on.

So, if you have magnetic clasps from a wired, older version, they won’t work so well with this one (will unglue because of stronger magnet power and weight). It’s best to replace them.

That’s it. Your wireless mod mic should work now. 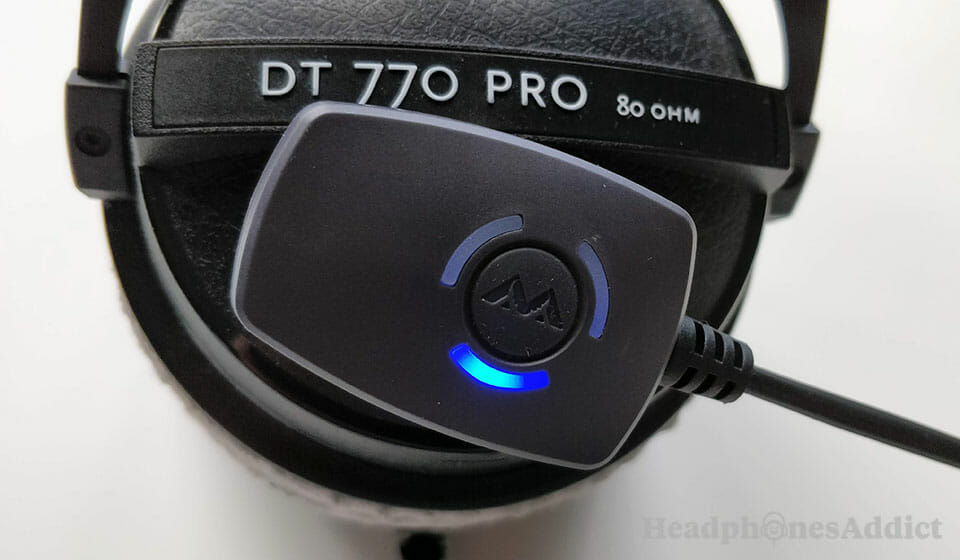 While a lot of wireless gaming headsets use unique wireless technology, the ModMic wireless uses Bluetooth. And, we all know Bluetooth is kind of slow, so they incorporated aptX Low Latency codec to make it fast.

It’s supposed to have a response time of 34ms which is really quick. You won’t notice any delay which honestly, would be a deal breaker.

All in all, it works without issues (no hiccups during testing of around 8 hours). 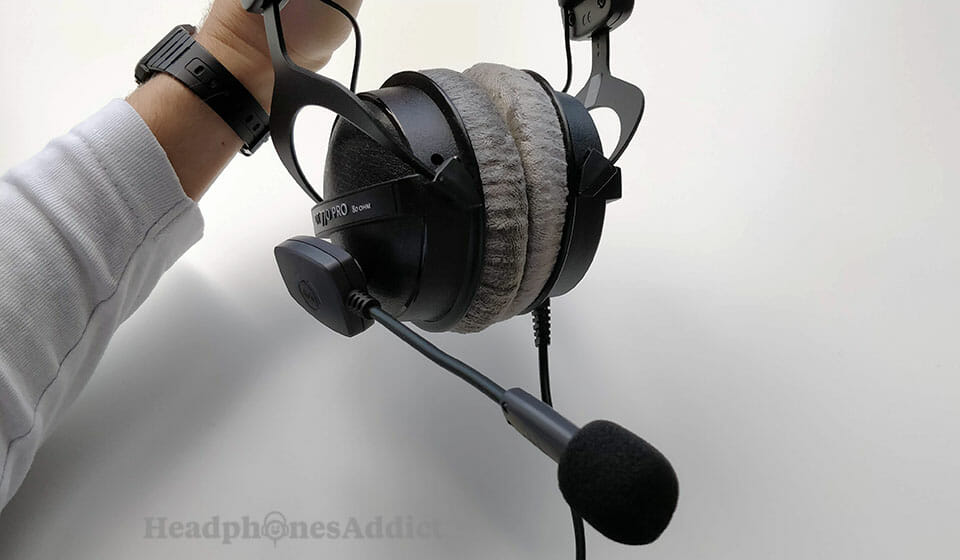 The Antlion claims the battery is supposed to hold over 12 hours per single full charge.

And, from testing this holds to be true. You should get close to 12 hours of talking from a full battery.

However, 12 hours isn’t bad but some people (professionals) might need to talk longer. Thankfully, you can use it normally while charging which solves the problem.

The charging cable can be extended with the USB extension cable just for this need. As for charging, it will usually take over 2 hours, depending on how empty it is. A yellow indicator light will blink to show it’s powering up.

Anyway, since most people work for around 8 hours, give or take, it’s more than enough for a normal workday (or an eager gamer).

To shut it down, hold the main (power) button for 2 seconds. The lights on the microphone and USB dongle will turn off. 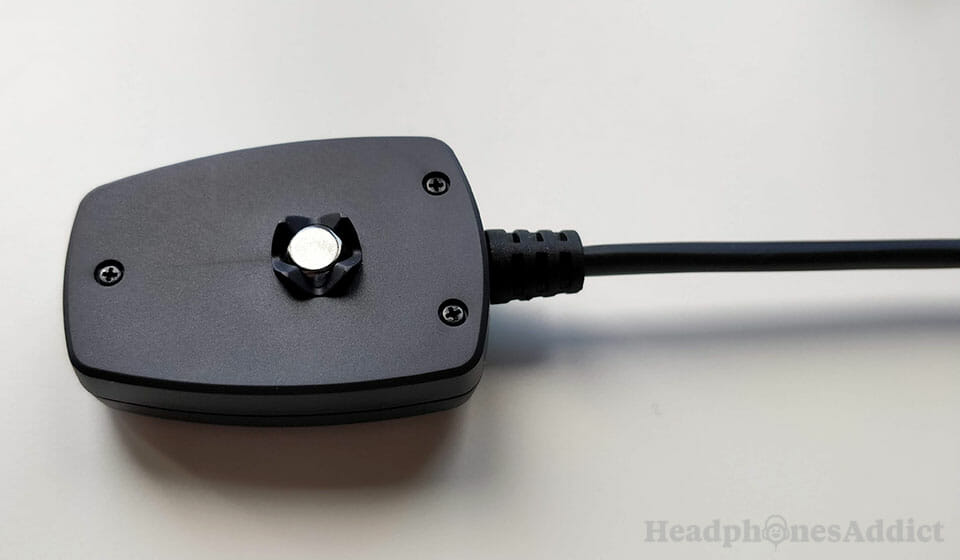 The magnets are stronger than with wired ModMics.

Just like other ModMics, this one is well built too. The core module is plastic but feels solid. The control button gives good feedback, and there’s really nothing to complain.

The magnet is much stronger, so the wireless mic holds in place. If they didn’t do the upgrade, it would be a problem.

The boom is flexible and holds its shape very well. You can put it in any format, and it’ll stay that way. It’s how other boom microphones should be done (in a perfect world). 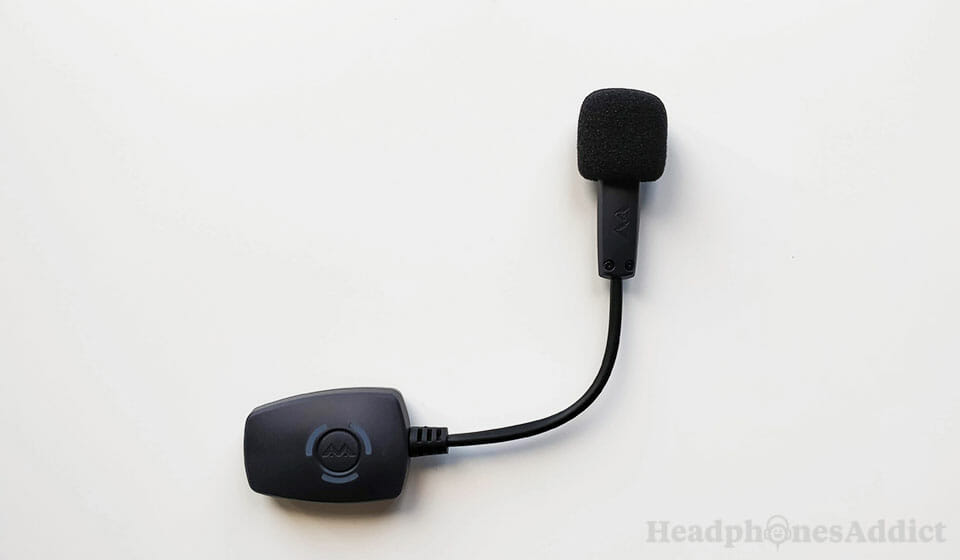 The boom is flexible and keeps the shape well.

Like mentioned before, the hard carrying case is superb. You can fit everything in it, and it’s much easier to store or transport the mic when needed.

And, you probably know how to use the magnet clasps and the Micro-USB charging cable, you might be confused about the USB extension cord.

Its primary use is to get the wireless USB dongle closer to the microphone if your USB connection lies far away from the desktop or is blocked by furniture. Keeping a clear line of sight from the dongle to the receiver (ModMic) helps with connection stability. 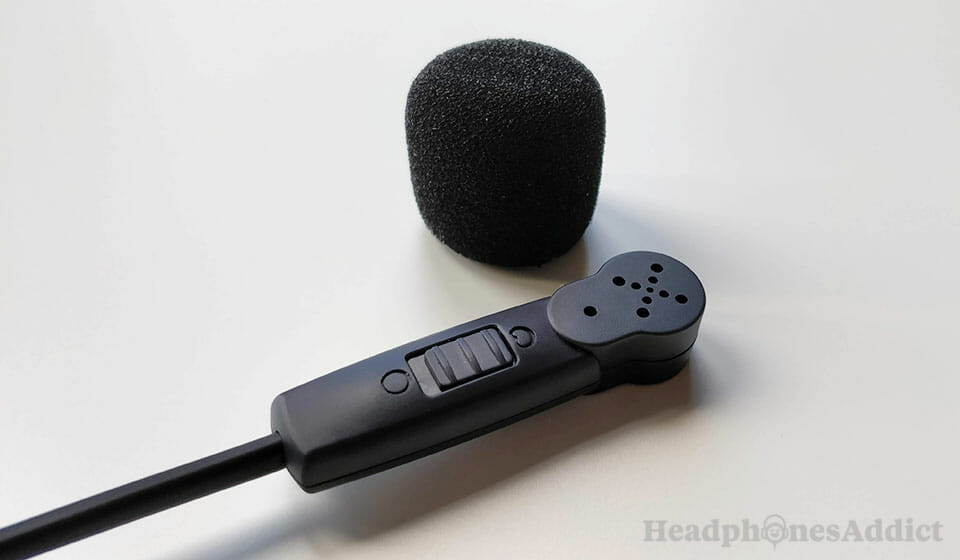 You can switch from uni to omni-directional with a switch button.

First impressions are pretty good. You’ll get a clear and controlled sound quality that’s been a staple for Antlion’s ModMics.

The microphone has a built-in switch where you can change from uni-directional (cardioid) to omni-directional sound capture (and vice versa).

Some people confuse uni-directional mics for noise cancelling even though it has nothing to do with active noise cancellation (but it does pick up less background noise).

Hers’a a short recording made with ModMic Wireless:

As you can hear, it sounds solid and works great for gaming or professional use.

You can also mute the microphone by pressing the main button. A red light will indicate the mic is muted. There’s no mute switch on the charging cable in case you’re wondering. 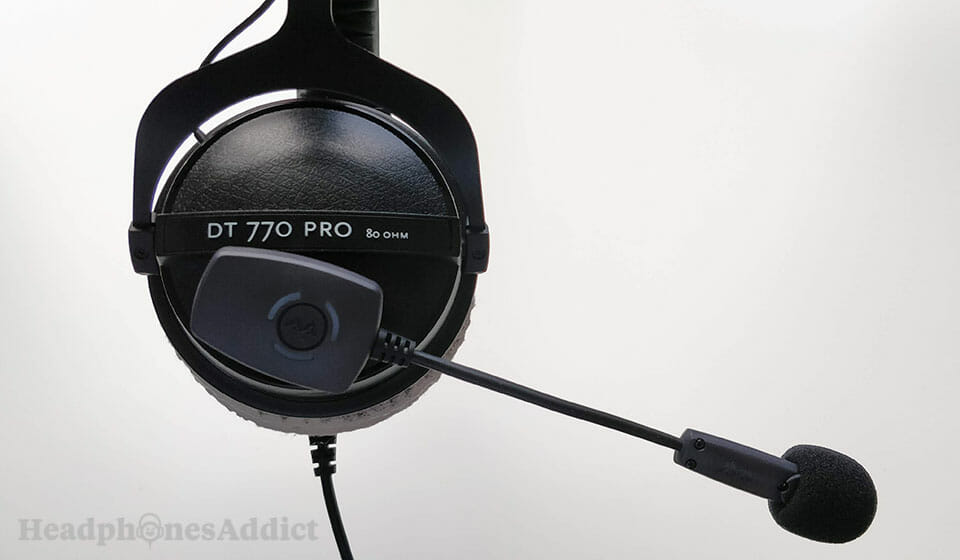 From the first look, the ModMic Wireless makes for a fantastic wireless solution if you want to transform your headphones into a quality headset.

The only thing that might put you off is the steep price, which makes it suitable for more professional users and less for causal, ordinary people.

Nonetheless, if you have a pair of awesome (audiophile) headphones that sound better than any gaming headset, then you’ve probably spent a nice amount of money on them. In that case, spend a little more and get an absolute beast of a headset that’s perfect for gaming, Skype calls and listening to music.

What are the best headphones for gaming?